Selective attention . A type of attention which involves focusing on a specific aspect of a scene while ignoring other aspects. Selective attention can be conscious (as when one chooses to attend to an interesting object, like a TV, instead of a less interesting one, like a coffee table) or unconscious (as in a scene of a green field with a single red tulip - the tulip will receive attention initially). Often, we think we have taken in an entire scene when, in reality, we have processed only the area we are attending to and only have a general "gist" of the rest of the scene (see links for examples, where you can watch this happen to you).

Examples include listening carefully to what someone is saying while ignoring other conversations in a room (the cocktail party effect) or listening to a cell phone conversation while driving a car.[1] Attention is one of the most intensely studied topics within psychology and cognitive neuroscience. 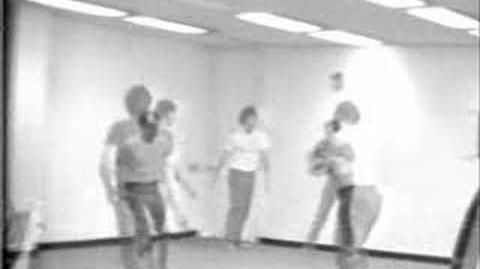 William James, in his textbook Principles of Psychology, remarked:

History of the study of attention[]

In James' time, the method more commonly used to study attention was introspection. However, as early as 1858, Franciscus Donders used mental chronometry to study attention and it was considered a major field of intellectual inquiry by such diverse authors as Sigmund Freud. One major debate in this period was whether it was possible to attend to two things at once (split attention). Walter Benjamin described this experience as "reception in a state of distraction." This disagreement could only be resolved through experimentation.

In the 1950s, research psychologists renewed their interest in attention when the dominant epistemology shifted from positivism (i.e., behaviorism) to realism during what has come to be known as the "cognitive revolution" [3] The cognitive revolution admitted unobservable cognitive processes like attention as legitimate objects of scientific study.

Colin Cherry and Donald Broadbent, among others, performed experiments on dichotic listening. In a typical experiment, subjects would use a set of headphones to listen to two streams of words in different ears and selectively attend to one stream. After the task, the experimenter would question the subjects about the content of the unattended stream.[How to reference and link to summary or text]

Anne Treisman developed the highly influential feature integration theory.[5] According to this model, attention binds different features of an object (e.g., color and shape) into consciously experienced wholes. Although this model has received much criticism, it is still widely accepted or held up with modifications as in Jeremy Wolfe's Guided Search Theory.[6]

In the 1960s, Robert Wurtz at the National Institutes of Health began recording electrical signals from the brains of macaques who were trained to perform attentional tasks. These experiments showed for the first time that there was a direct neural correlate of a mental process (namely, enhanced firing in the superior colliculus).[How to reference and link to summary or text]

In the 1990s, psychologists began using PET and later fMRI to image the brain in attentive tasks. Because of the highly expensive equipment that was generally only available in hospitals, psychologists sought for cooperation with neurologists. Pioneers of brain imaging studies of selective attention are psychologist Michael I. Posner (then already renown for his seminal work on visual selective attention) and neurologist Marcus Raichle.[How to reference and link to summary or text] Their results soon sparked interest from the entire neuroscience community in these psychological studies, which had until then focused on monkey brains. With the development of these technological innovations neuroscientists became interested in this type of research that combines sophisticated experimental paradigms from cognitive psychology with these new brain imaging techniques. Although the older technique of EEG had long been used to study the brain activity underlying selective attention by cognitive psychophysiologists, the ability of the newer techniques to actually measure precisely localized activity inside the brain generated renewed interest by a wider community of researchers. The results of these experiments have shown a broad agreement with the psychological, psychophysiological and the experiments performed on monkeys.[How to reference and link to summary or text]

Some of the earliest work in exploring mechanisms of selective attention was performed by Donald Broadbent, who proposed a theory that came to be known as the filter model[7]. This model was established using the dichotic listening task. In this type of experiment, a participant wears a pair of headphones and listens to two different auditory streams, one in each ear. The participant then pays attention to one stream while ignoring the other. After listening, the participant is asked to recall information from both the attended and unattended channels. Broadbent's research using the dichotic listening task showed that most participants were accurate in recalling information that they actively attended to, but were far less accurate in recalling information that they had not attended to. This led Broadbent to the conclusion that there must be a "filter" mechanism in the brain that could block out information that was not selectively attended to. The filter model was hypothesized to work in the following way: as information enters the brain through sensory organs (in this case, the ears) it is stored in sensory memory. Before information is processed further, the filter mechanism allows only attended information to pass through. The selected attention is then passed into working memory, where it can be operated on and eventually transferred into long-term memory. In this model, auditory information can be selectively attended to on the basis of its physical characteristics, such as location and volume[7][8][9]. Others suggest that information can be attended to on the basis of Gestalt features, including continuity and closure[10]. For Broadbent, this explained the mechanism by which we can choose to attend to only one source of information at a time while excluding others. However, Broadbent's model failed to account for the observation that words of semantic importance, for example one's own name, can be instantly attended to despite having been in an unattended channel. Shortly after Broadbent's experiments, Oxford undergraduates Gray and Wedderburn repeated his dichotic listening tasks, altered with monosyllabic words that could form meaningful phrases, except that the words were divided across ears.[11] For example the words, "Dear, one, Jane," were sometimes presented in sequence to the right ear, while the words, "three, Aunt, six," were presented in a simultaneous, competing sequence to the left ear. Participants were more likely to remember, "Dear Aunt Jane," than to remember the numbers; they were also more likely to remember the words in the phrase order than to remember the numbers in the order they were presented.

In a later addition to this existing theory of selective attention, Anne Treisman developed the attenuation model[12]. In this model, information, when processed through a filter mechanism, is not completely blocked out as Broadbent might suggest. Instead, the information is weakened (attenuated), allowing it to pass through all stages of processing at an unconscious level. Treisman also suggested a threshold mechanism whereby some words, on the basis of semantic importance, may grab one's attention from the unattended stream. One's own name, according to Treisman, has a low threshold value (i.e. it has a high level of meaning) and thus is recognized more easily. The same principle applies to words like fire, directing our attention to situations that may immediately require it. The only way this can happen, Treisman argued, is if information was being processed continuously in the unattended stream.

In order to explain in more detail how words can be attended to on the basis of semantic importance, Deutsch & Deutsch[13] and Norman[14] later proposed a model of attention which includes a second selection mechanism based on meaning. In what came to be known as the Deutsch-Norman model, information in the unattended stream is not processed all the way into working memory, as Treisman's model would imply. Instead, information on the unattended stream is passed through a secondary filter after pattern recognition. If the unattended information is recognized and deemed unimportant by the secondary filter, it is prevented from entering working memory. In this way, only immediately important information from the unattended channel can come to awareness.

Daniel Kahneman also proposed a model of attention, but it differs from previous models in that he describes attention not in terms of selection, but in terms of capacity. For Kahneman, attention is a resource to be distributed among various stimuli[15], a proposition which has received some support[16][17][18]. This model describes not when attention is focused, but how it is focused. According to Kahneman, attention is generally determined by arousal; a general state of physiological activity. The Yerkes-Dodson law predicts that arousal will be optimal at moderate levels - performance will be poor when one is over- or under-arousedTemplate:Refn. Thus, arousal determines our available capacity for attention. Then, an allocation policy acts to distribute our available attention among a variety of possible activities. Those deemed most important by the allocation policy will have the most attention given to them. The allocation policy is affected by enduring dispositions (automatic influences on attention) and momentary intentions (a conscious decision to attend to something). Momentary intentions requiring a focused direction of attention rely on substantially more attention resources than enduring dispositions[19]. Additionally, there is an ongoing evaluation of the particular demands of certain activities on attention capacity[15]. That is to say, activities that are particularly taxing on attention resources will lower attention capacity and will influence the allocation policy - in this case, if an activity is too draining on capacity, the allocation policy will likely cease directing resources to it and instead focus on less taxing tasks. Kahneman's model explains the cocktail party phenomenon in that momentary intentions might allow one to expressly focus on a particular auditory stimulus, but that enduring dispositions (which can include new events, and perhaps words of particular semantic importance) can capture our attention. It is important to note that Kahneman's model doesn't necessarily contradict selection models, and thus can be used to supplement them.

Some research has demonstrated that the cocktail party effect may not be simply an auditory phenomenon, and that relevant effects can be obtained when testing visual information as well. For example, Shapiro et al. were able to demonstrate an "own name effect" with visual tasks, where subjects were able to easily recognize their own names when presented as unattended stimuli[20]. They adopted a position in line with late selection models of attention such as the Treisman or Deutsch-Normal models, suggesting that early selection would not account for such a phenomenon. The mechanisms by which this effect might occur were left unexplained. It has been suggested in brain imaging studies using PET that a variety of brain areas may be involved in selectively processing visual linguistic material (i.e. word form), including the inferior prefrontal and posterior insular cortices, the amygdala, caudate nucleus, and several areas of temporal cortex[21]. It is currently unknown if these same brain areas are implicated in focusing attention for other visual or auditory stimuli.

This phenomenon is still very much a subject of research, in humans as well as in computer implementations (where it is typically referred to as source separation or blind source separation). The neural mechanism in human brains is not yet fully clear.

Some effects of selective attention are: